Democracy should benefit all of us, and not an elite few. It’s time to Take Texas Back from those who would promote their own self interests, instead of representing the people they were elected to serve. I’ll provide a true voice for District 17, and work to protect our Texas communities by focusing on education, healthcare, infrastructure, and reform.

Madeline Eden For Texas House District 171 day ago
You know that I am a relentless fighter for ensuring broadband internet access for all Texans, but did you know that I have been a tech enthusiast since I was six years old? And that I am a tech entrepreneur, and I've worked as a Software Architect and Engineering Manager for Dell and AMD?

As your representative, I will leverage my strong technology background to improve services, quality of life, and equality for residents of our district and throughout the state.

Learn more about my background here:

About | Madeline Eden for Texas House District 17
Meet Madi Madeline Eden is a Texan, an American, a parent, an inventor, an entrepreneur, and your next representative for Texas 17th State House District. She was taught that no one should have the authority to dictate the rights or personal beliefs for another individual, as we are all created equa...
edenfortexas.com
6    View on Facebook

Madeline Eden For Texas House District 172 days ago
This is a consequential election for many reasons. We have an opportunity to instill community-minded and compassionate leadership in District 17, help pave the way for a better life for all Texans, and elect a Commander-in-Chief who believes in people over profits.

But we also have the opportunity to restore balance in the Texas House during the 2020 election cycle in order to prevent the unconstitutional gerrymandering of our state election districts during the 2021 redistricting process.

These goals are within our reach. Let’s band together to Move Texas Forward!

McBride, who currently serves as a spokeswoman for the Human Rights Campaign (HRC), the nation’s largest LGBTQ advocacy organization, defeated Joseph McCole to win the nomination for the state Senate seat in the 1st District. She will be the heavy favorite to win the seat, which has been held by Democrat Harris McDowell since 1977 and is open this cycle.

The district covers parts of northern Delaware and includes portions of Wilmington.

"This victory is not mine. It belongs to so many - our grassroots volunteers and donors, our cheerleaders and supporters. I am beyond proud. I am beyond grateful," McBride tweeted.

McBride, 30 has been involved in activism for much of her life and gained recognition as a chief advocate for Delaware’s landmark nondiscrimination legislation, which was signed into law in 2013, as well as for Medicaid expansion.

McBride also published a book in 2018 titled “Tomorrow Will Be Different,” which delved into her activism and her relationship with her late husband, Andrew Cray, who died from cancer.

She was awarded the Order of the First State by former Gov. Jack Markell (D), making her one of the youngest people granted the state’s highest civilian honor.

"Sarah McBride is one of the most impressive people I have had the privilege to meet. From her brilliant policy expertise to her ability to inspire and empathize, Sarah is the epitome of what can make an elected official great. Tonight, she takes the first step on what I expect to be a storied career in the public realm," said HRC President Alphonso David.

"Sarah’s primary win shatters another lavender ceiling in our movement to build LGBTQ political power, and her victory will inspire more transgender people to run for elected office. At a time when the Trump administration, cynical politicians and too many state legislatures are attempting to use trans people as political weapons, Sarah’s win is a powerful reminder that voters are increasingly rejecting the politics of bigotry in favor of candidates who stand for equality," added Annise Parker, president of LGBTQ Victory Fund." 🙌🏽🌈💙

Madeline Eden For Texas House District 173 days ago
"Eden is already working as a concerned citizen to find solutions to these problems. But she knows that as a member of the legislature she would have far more resources to work with. She has served on numerous Texas Democratic committees, and as a member of the platform committee has pushed for robust technology planks.

In District 17, Eden feels that broadband Internet infrastructure is vitally needed in rural areas. “Without the Internet, it is hard for people to get health care, go to school, or file for unemployment....

Statewide, Eden is concerned about voter suppression. “We have to ensure free elections!” A chief reason Eden is running is because of the redistricting which will be done by the upcoming Texas legislature, reflecting the 2020 U.S. census. She wants to be a part of that process, to fight against gerrymandering...."

Madeline Eden Campaigns for Historic Win
She could become the first openly transgender member of the Texas legislature.
outsmartmagazine.com
29 1    View on Facebook

Madeline Eden For Texas House District 173 days ago
With only seven weeks to go until November 3rd, time is running out to register and participate in this historic election. Of course, you have already registered to vote (haven't you?), but what about your neighbors?

Click the link below to see how you can increase voter registration in your neighborhood and help to "clear the map."

Map the Vote
Map the Vote. Help your community get registered to vote using our free online map.
mapthevote.org
14    View on Facebook

Madeline Eden Retweeted · Register2Vote.org @GoRegister2Vote
3 hours ago
🚨🚨 Texas Friends 🚨🚨 We are running out of time to mail out voter reg apps to Texas voters who need us!

#Pledgetovote in #Texas and spread the message far and wide so that as many people as possible are reminded to register before it's too late! #nationalvoterregistrationday https://t.co/36QKvqY5jg
View on Twitter 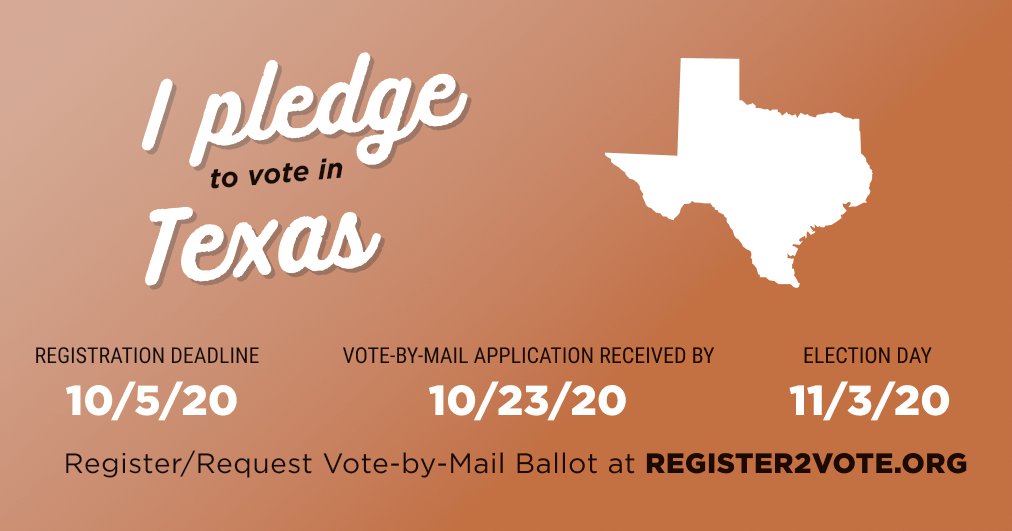 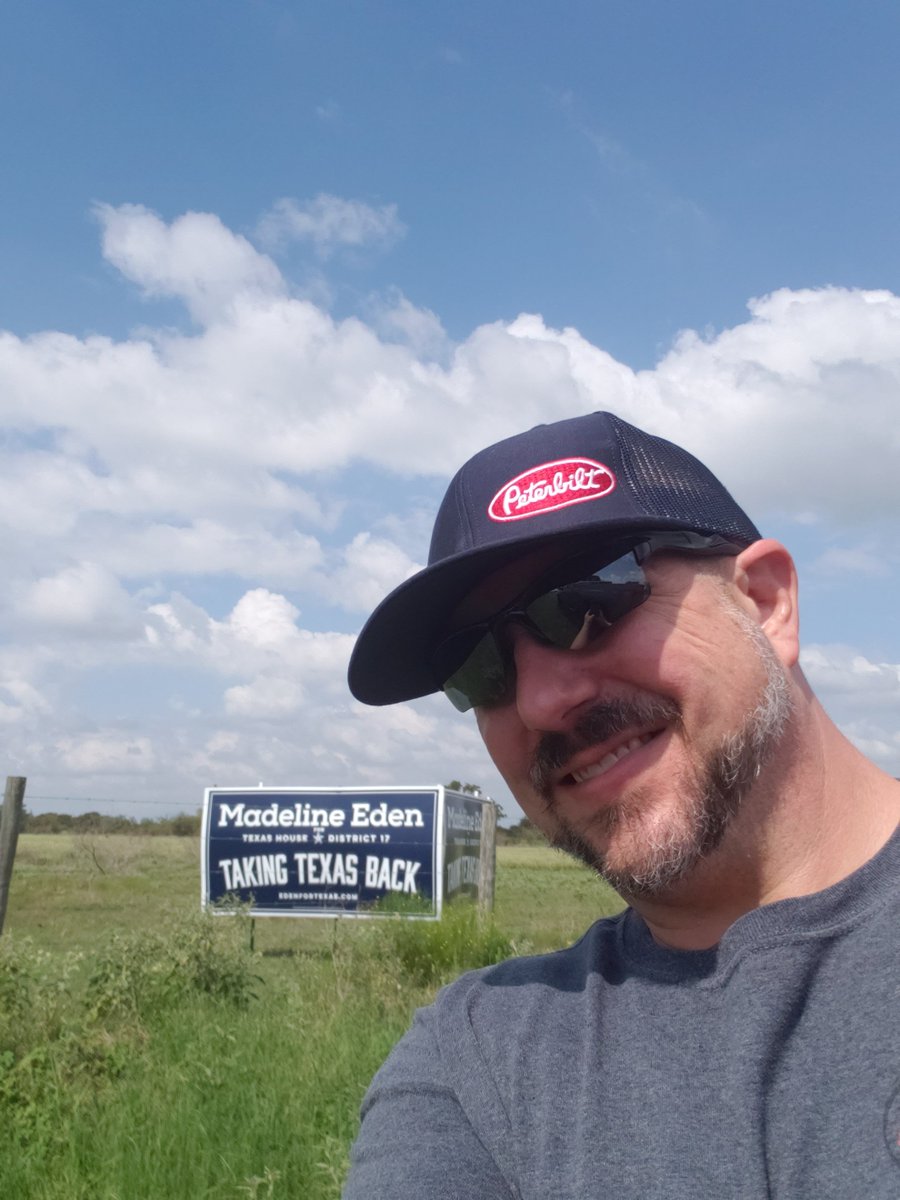 Proud of these candidates for discussing such an important topic! 🏳️‍🌈

Your donations help to fuel this 100% grassroots campaign!

I want to donate